America Is Great Because...

On his January 4 program, Glenn Beck asserted: "America is great because America is good. DeTocqueville said this." 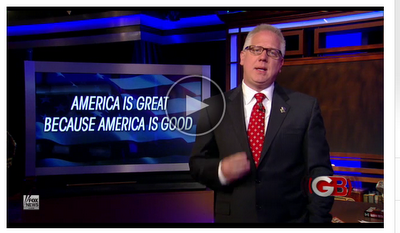 As we explain in the textbook (pp. 139-140), no such phrase appears in any of Tocqueville's writings. The line apparently started with an honest misattribution in a 1941 book. Speakers and writers embellished the spurious passage, and it has been spreading like a virus for decades. It was a particular favorite of President Clinton (see, for instance, his speeches of March 4, 1994; October 7, 1999; and January 7, 2001, among others).
For more background, see an article in The Weekly Standard.
Posted by Pitney at 9:12 PM