An important purpose of the Report is to help citizens understand current fiscal policy and the importance and magnitude of policy reforms necessary to make it sustainable. A sustainable policy is one where the debt–to-GDP ratio is ultimately stable or declining.

To determine if current fiscal policies are sustainable, the projections discussed here assume current policy will be sustained indefinitely and draw out the implications for the growth of debt held by the public as a share of GDP. The projections are therefore neither forecasts nor predictions. As policy changes are enacted, then actual financial outcomes will of course be different than those projected.

The projections presented in this Report were finalized prior to the enactment of the American Taxpayer Relief Act (ATRA) in January 2013.

The projections in this Report indicate that current policy is not sustainable. The debt-to-GDP ratio is projected to reach 395 percent in 2087 and to rise continuously thereafter. Preventing the debt-to-GDP ratio from rising over the next 75 years is estimated to require some combination of spending reductions and revenue increases that amount to 2.7 percent of GDP over the period. While this estimate of the “75-year fiscal gap” is highly uncertain, current fiscal policies cannot be sustained indefinitely. 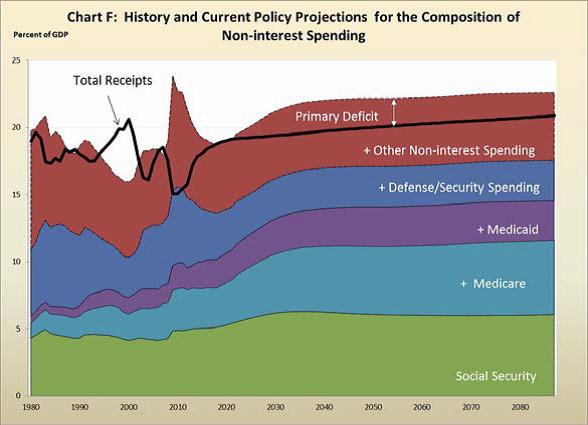 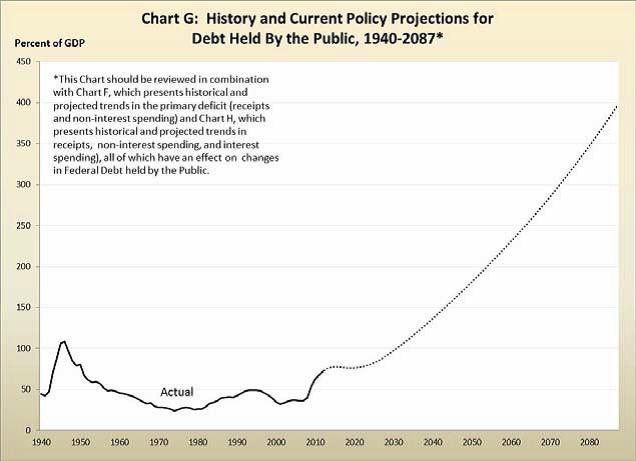