Cass R. Sunstein, former head of the Office of Information and Regulatory Affairs, writes in The New York Times:


HOW many millions of hours do you think Americans spend on government paperwork every year?

The answer is staggering. It is measured not in the millions of hours, but in the billions — 9.14 of them, to be exact. Suppose that we value one hour at $20 (a conservative estimate). If so, the government imposes an annual reporting cost of more than $180 billion on the American people.

Large as they are, the numbers do not capture the frustration experienced by countless individuals and small businesses, which are required to grapple with long, complex and sometimes barely comprehensible forms.

The Treasury Department is the national paperwork champion for one reason: It houses the Internal Revenue Service. As Congress starts to explore tax reform, it should begin with a project that ought to attract bipartisan support: a focused effort to slash the immense paperwork burden imposed by government in general and the tax system in particular. 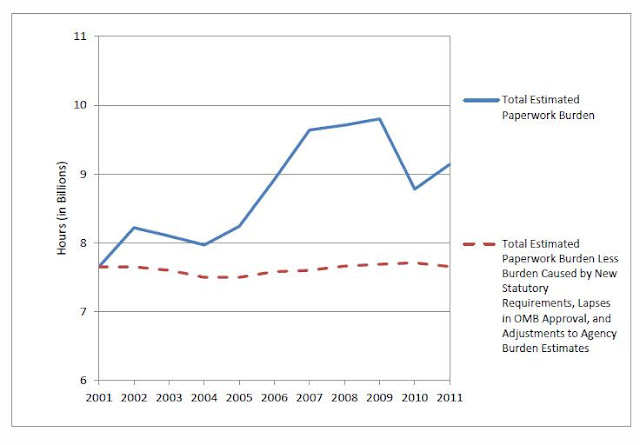