We can give our intelligence and law enforcement community the powers they need to track down and take out terrorists without undermining our commitment to the rule of law or our basic rights and liberties. That is why I cosponsored the Feingold amendment, which would have prevented the Government from using these extraordinary warrantless powers to conduct "bulk collection" of American information. I also supported the Feingold-Webb-Tester amendment to protect the privacy of Americans' communications by requiring court orders to monitor American communications on American soil, unless there is reason to believe that the communications involve terrorist activities directed at the United States or the monitoring is necessary to prevent death or serious bodily harm. Unfortunately, these amendments were defeated as well. These are the types of narrowly tailored, commonsense fixes that would have allowed the Government to conduct surveillance without sacrificing our precious civil liberties. 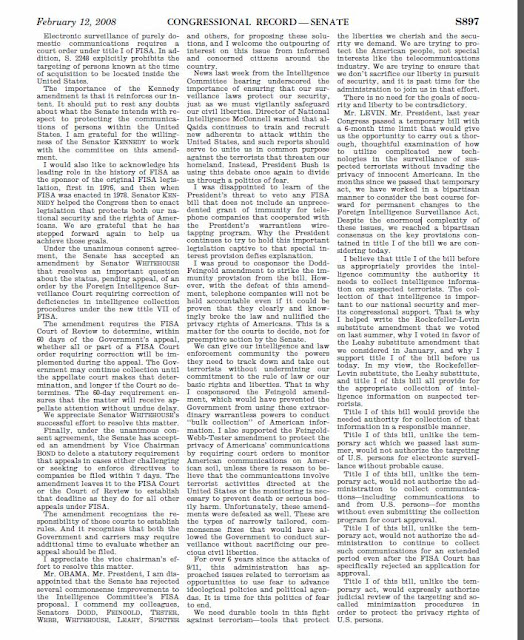