A press release from Groupon (screenshot below): 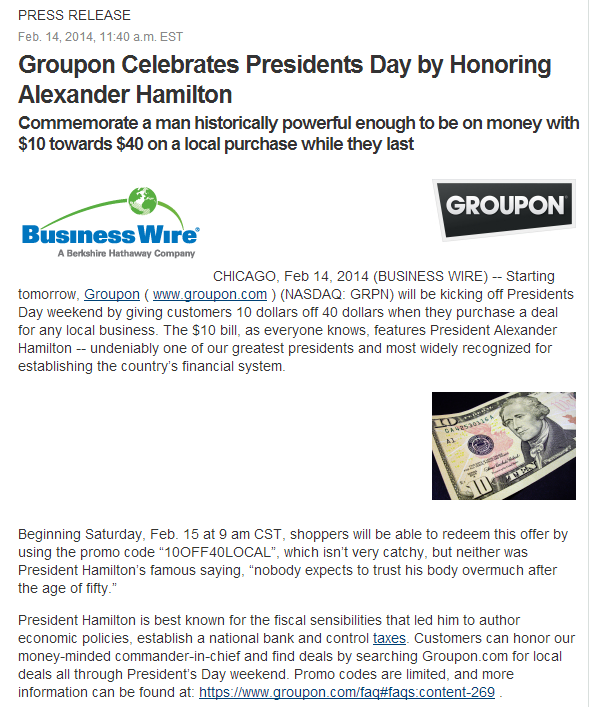 If you are reading this blog, then you probably know that Hamilton was the first Secretary of the Treasury, but never president.  (Contrary to yet another myth, the foreign-born Hamilton was indeed eligible to be president, as he was a citizen at the time of the Constitution's ratification.) Consumerist adds:


And it gets even better! Through the magic of Twitter we came across an apparent reply from Groupon addressing the apparent confusion (thanks, Chris!):

Ah yes, “opinions.” Those are exactly like historical facts. Marketing.

If this isn’t a “crazy like a fox” stunt to get us to write about Groupon, then we’re seriously concerned. And so should you be — it’s probably not the best idea to give your banking information to someone who thinks Hamilton was a president.