California's top-two primary has had unintended consequences.  This June, 34 US Senate candidates will be together on one ballot. John Myers reports at The Los Angeles Times:

That's where the trouble lies for the Senate race, as voters could mistake the two columns as two distinct races and choose one name from each list. That would result in an "overvote," a ballot cast for two or more candidates, which is thus disqualified.

The two-column layout gained notoriety in the 2000 presidential race with the so-called "butterfly ballot" design in Palm Beach County, Fla. Already, some have similar fears about what could happen in California.

In early April, a team of ballot design experts joined elections officials in Santa Cruz County to test a variety of side-by-side options for arranging the Senate candidates' names. In trial runs, they found that no matter how they tinkered with the format, more than one-third of the mock ballots were marked with an overvote. 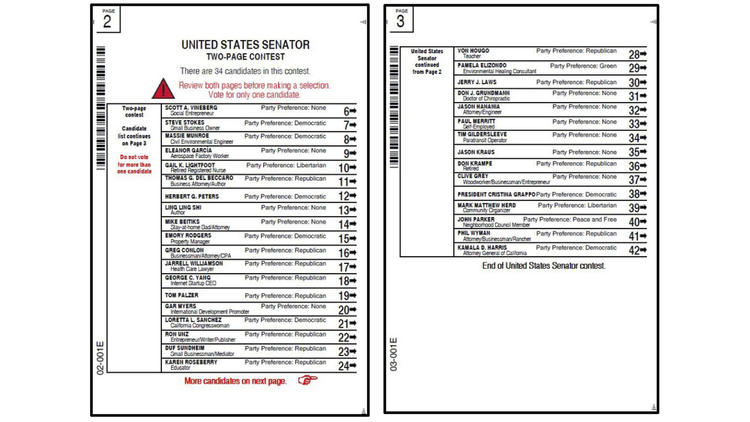