Four years ago, Rep. Loretta Sanchez did a "Call Me Maybe" video.

At The Los Angeles Times, Christine Mai-Duc reports on the California Senate debate between Sanchez and Kamala Harris:


After being interrupted by the moderator several times, Sanchez finally stopped, pausing to strike a pose as Harris looked on.

What happened next was at first a mystery.

For viewers at home, the camera showed just a reaction from Harris, who bit her lip and looked to the audience, eyes wide. To see Harris' face, go to 55 minutes and 29 seconds in the video below.

Laughing, Harris says, "So, there's a clear difference between the candidates in this race."

But a photo captured by Los Angeles Times photographer Rick Loomis appears to show Sanchez in a pose resembling "the dab," a dance move created by rap group Migos and popularized by NFL star Cam Newton. 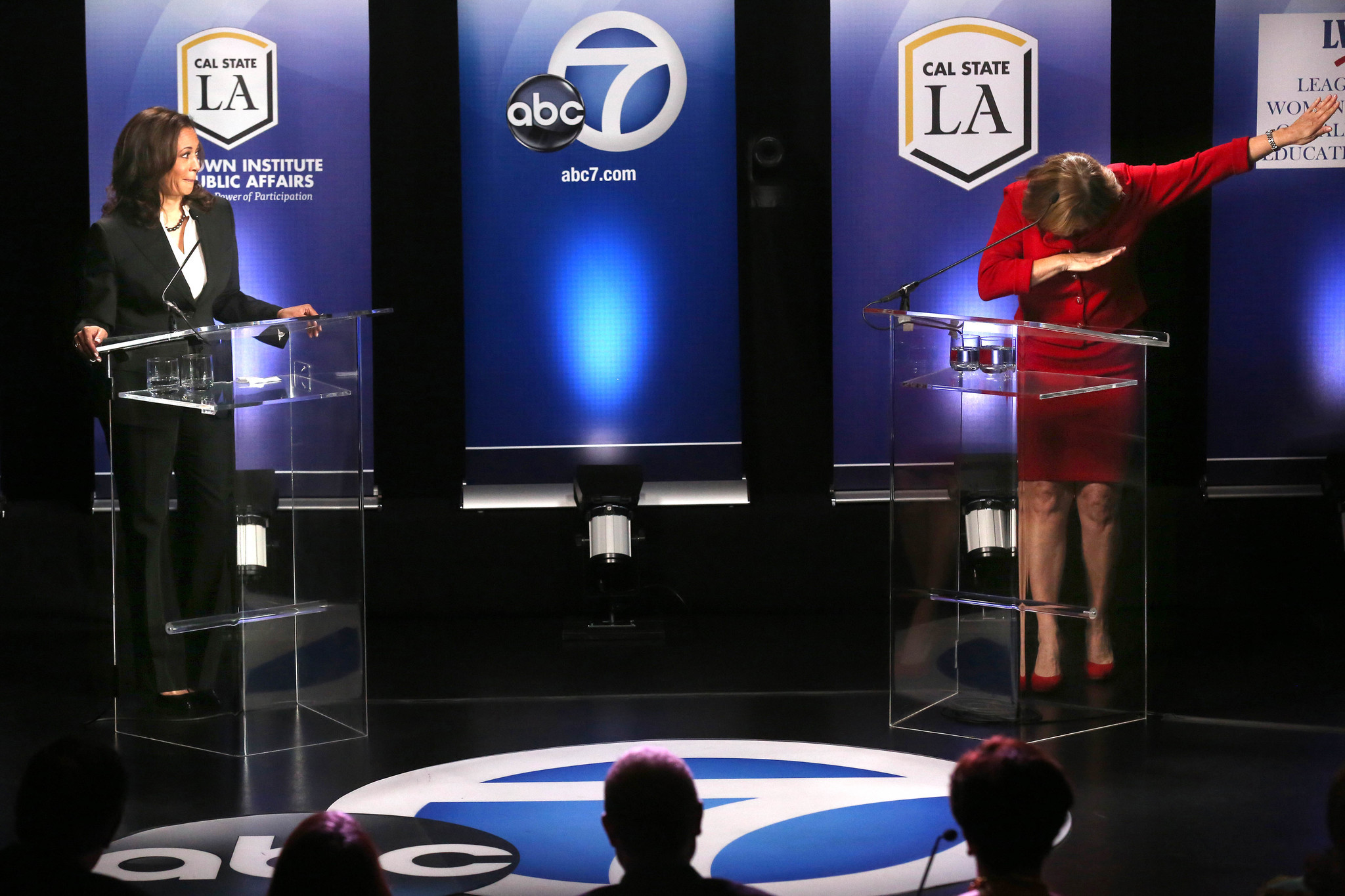 Those in the room were left to wonder what exactly the pose meant, Loomis said, but it did not seem to be a curtsy or a bow.

Then, this Twitter video surfaced: It does appear that Sanchez, in fact, "dabbed."

Did Loretta Sanchez #dab at end of Senate debate with Kamala Harris? What do you think? @NBCLA pic.twitter.com/YeAb0zYWsj
— Adrian Arambulo (@AdrianNBCLA) October 6, 2016