The Deficit and Debt Will Grow, Big Time

CBO Director Keith Hall discusses the economic and budget outlook in light of the 2017 tax act, the Bipartisan Budget Act of 2018, and the Consolidated Appropriations Act, 2018.

...
For the 2018–2027 period, we now project a cumulative deficit that is $1.6 trillion larger than the $10.1 trillion that we anticipated in June. Projected revenues are lower by $1.0 trillion, and projected outlays are higher by $0.5 trillion.

Laws enacted since June 2017—above all, the three mentioned earlier—are estimated to make the cumulative deficit $2.7 trillion larger than previously projected between 2018 and 2027. However, revisions to our economic projections caused us to reduce our estimate of the cumulative deficit by $1.0 trillion over the same period, mainly because of expectations of faster growth in the economy and in wages and corporate profits. Other changes had relatively small net effects on the projections. 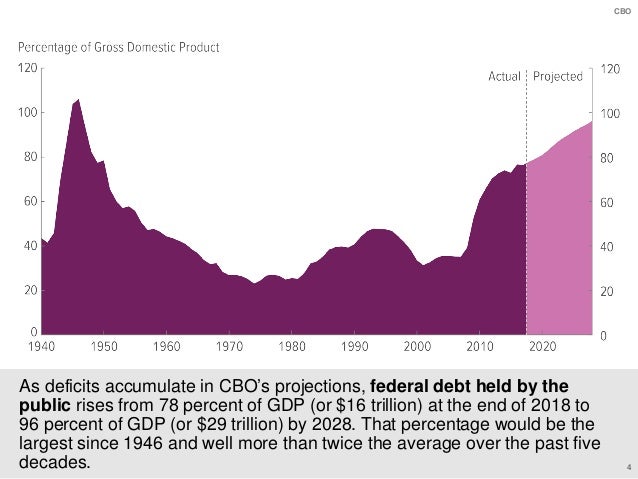