At The San Francisco Chronicle, John Wildermuth writes about expanding the membership of the House of Representatives.

The 435-member limit has outlived its time,” said Brian Frederick, a political science professor at Bridgewater State University in Massachusetts who has written about the need for a larger House. “We’re a 21st century society with a House that was frozen in 1929.”

The argument in favor of expansion is a simple one: In 1929, each of those 435 congressmen — and all but five of them were men — had about 280,000 constituents. House members now have an average of nearly 750,000 people in their districts. 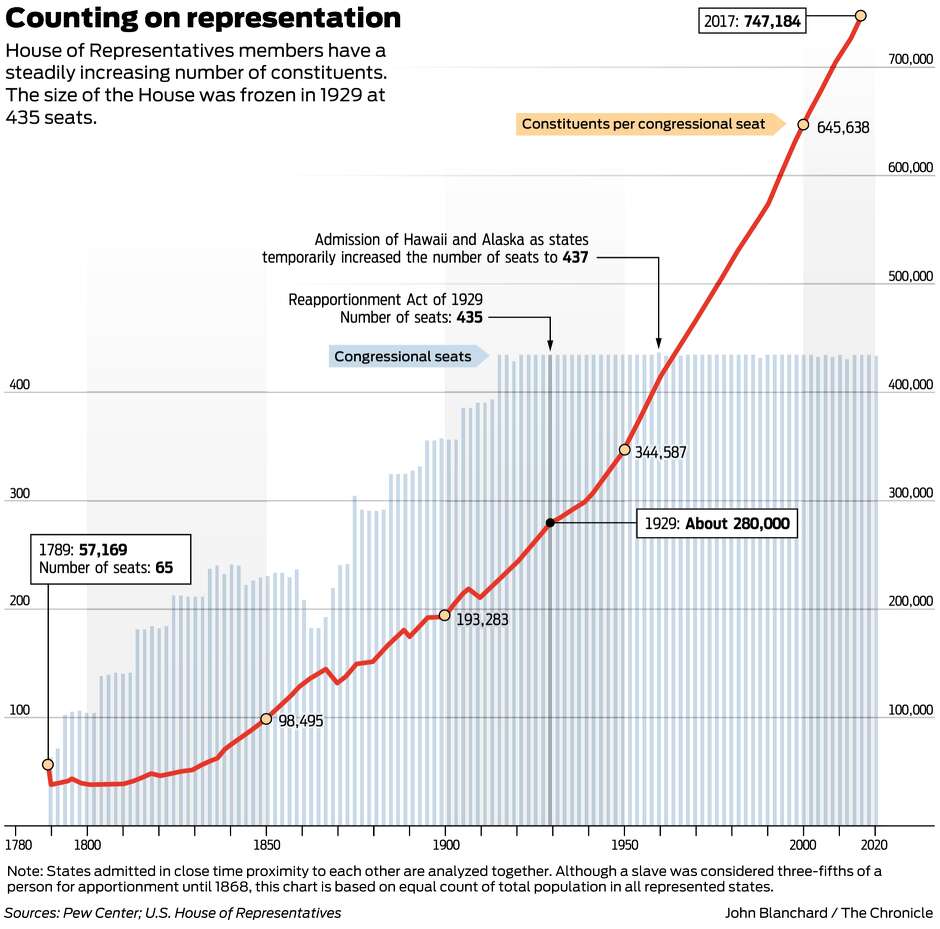