Michael Apfeldorf at the Library of Congress.


In 1918, the United States faced one of the worst public health challenges in its history. An influenza pandemic – also known as the Spanish flu – infected an estimated 500 million people worldwide, killing 20-50 million people, including hundreds of thousands of Americans.

In response to that crisis, the American Red Cross mobilized countless Americans to assist their fellow citizens. Historical primary sources provide examples of civic virtue–that is, of citizens dedicating themselves to the common welfare, even at the cost of their own interests. 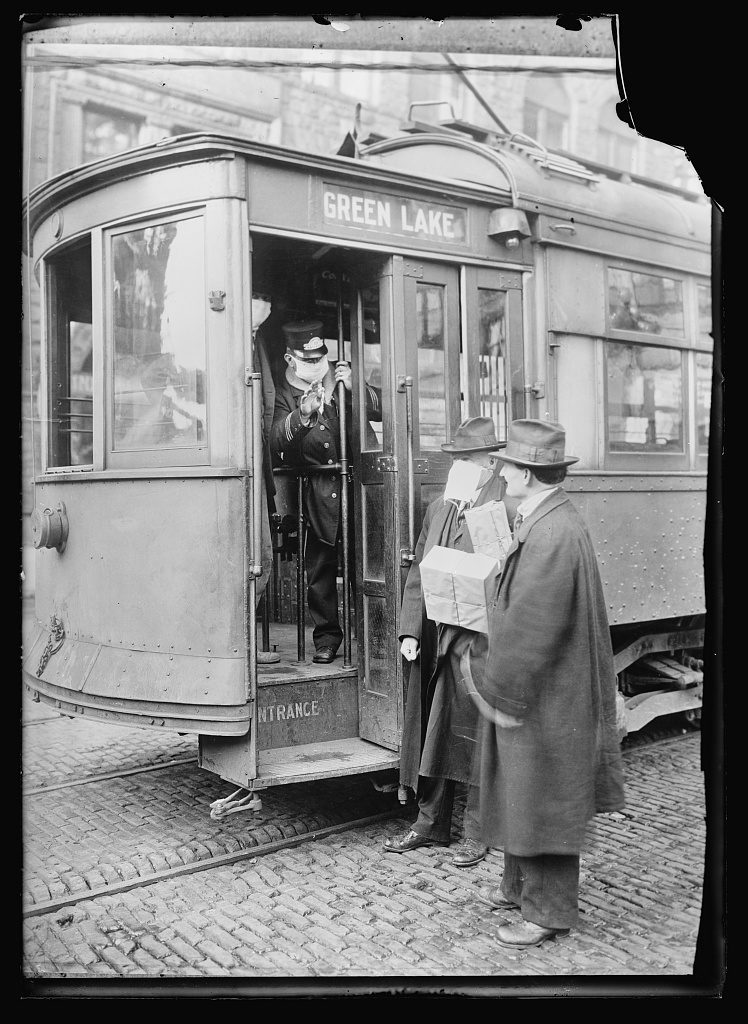 Precautions taken in Seattle, Wash., during the Spanish Influenza Epidemic would not permit anyone to ride on the street cars without wearing a mask. 260,000 of these were made by the Seattle Chapter of the Red Cross which consisted of 120 workers, in three days.

...Some possible sources include: