Asian Americans recorded the fastest population growth rate among all racial and ethnic groups in the United States between 2000 and 2019. The Asian population in the U.S. grew 81% during that span, from roughly 10.5 million to a record 18.9 million, according to a Pew Research Center analysis of U.S. Census Bureau population estimates, the last before 2020 census figures are released. Furthermore, by 2060, the number of U.S. Asians is projected to rise to 35.8 million, more than triple their 2000 population.

Hispanics saw the second-fastest population growth between 2000 and 2019, followed by Native Hawaiians and Pacific Islanders (NHPI) at 70% and 61%, respectively. The nation’s Black population also grew during this period, albeit at a slower rate of 20%. There was virtually no change in the White population. 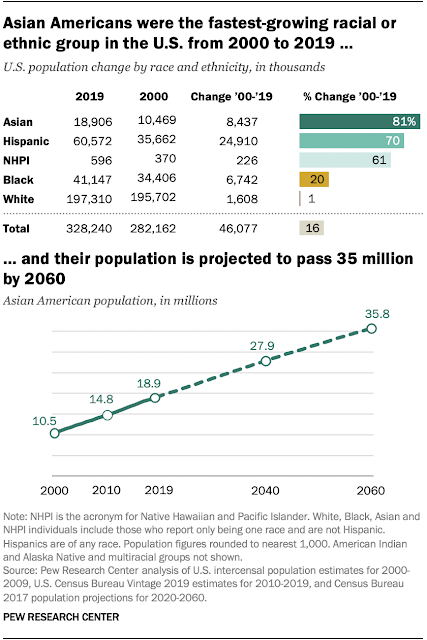