Deliberation, Citizenship, and the Military

This blog has discussed the gap between civilian society and the military. A week ago, Admiral Mike Mullen, chairman of the Joint Chiefs of Staff, discussed the problem when he spoke at the graduation ceremony of the US Military Academy at West Point. He emphasized the role of soldiers as citizens, explaining that they had a duty to assist in public deliberation on military affairs:

What I am suggesting is that we in uniform do not have the luxury anymore of assuming that our fellow citizens understand it the same way. Our work is appreciated. Of that, I am certain. There isn’t a town or a city I visit where people do not convey to me their great pride in what we do. Even those who do not support the wars support the troops.

But I fear they do not know us. I fear they do not comprehend the full weight of the burden we carry or the price we pay when we return from battle. This is important, because a people uninformed about what they are asking the military to endure is a people inevitably unable to fully grasp the scope of the responsibilities our Constitution levies upon them. Were we more representative of the population, were more American families touched by military service, like that of the Hidalgos or the Huntoon families, perhaps a more advantageous familiarity would ensue. But we are a small force, rightly volunteers, and less than 1 percent of the population, scattered about the country due to base closings, and frequent and lengthy deployments.

We’re also fairly insular, speaking our own language of sorts, living within our own unique culture, isolating ourselves either out of fear or from, perhaps, even our own pride. The American people can therefore be forgiven for not possessing an intimate knowledge of our needs or of our deeds. We haven’t exactly made it easy for them. And we have been a little busy. But that doesn’t excuse us from making the effort. That doesn’t excuse us from our own constitutional responsibilities as citizens and soldiers to promote the general welfare, in addition to providing for the common defense. We must help them understand our fellow citizens who so desperately want to help us.

As the first chairman of the Joint Chiefs of Staff, General Omar Bradley once said: “Battles are won by the infantry, the armor, the artillery and air teams, by soldiers living in the rains and huddling in the snow. But wars are won by the great strength of a nation, the soldier and the civilian working together.”

It’s not enough that you graduate from here and learn your skill and lead your troops. You must also help lead your nation, even as second lieutenants. You must win these wars, yes, by working alongside civilians and with other departments of our government, with international forces, contractors and nongovernmental agencies. But you also must win them at home by staying in touch with those of your troops who leave the service; by making sure the families of the fallen are cared for and thought of and supported; by communicating often and much with the American people to the degree you can.

Data from the Department of Veterans Affairs suggest that the challenge will only grow in the years ahead: 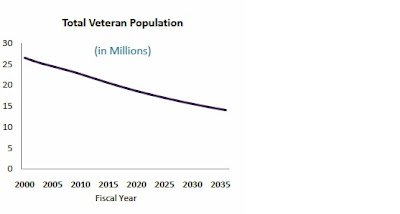