In Springfield, Illinois, the Journal-Register reports on JFK's effort to keep up the appearance of normality in the early days of the Cuban Missile Crisis:


The nation knew nothing about what was happening, of course, and that includes the thousands in Springfield who went to see the president just three days into the crisis on October 19, 1962, as he began a swing through several Midwestern states and the west campaigning on behalf of Democratic congressional candidates. Just a day before arriving in Springfield, Kennedy and Soviet Foreign Minister Andrei Gromyko met for two hours in the Oval Office where Gromyko told Kennedy Soviet aid to Cuba was meant only for defensive capabilities.

Despite the intense discussions and strategy sessions with his civilian and military advisors on how to respond to the situation, the White House thought that having Kennedy stay on his normal schedule would create the impression nothing was amiss. In the meantime, the Joint Chiefs of Staff urged Kennedy to respond with military force, including an airstrike. But Kennedy resisted.

The day after he was in Springfield the president’s press secretary announced that Kennedy suffered from an “upper respiratory infection” and abruptly cancelled the rest of his trip. The president returned to Washington.

On October 19, the CIA reported the construction of twelve SS-5 launch pads, likely to be operational in December, and more importantly, three SS-4 sites with four launchers each, two sites of which were reported to be operational already.4 American intelligence also revealed the presence of forty-two 11-28 light bombers, capable of delivering nuclear weapons to a range of approximately 600 miles. 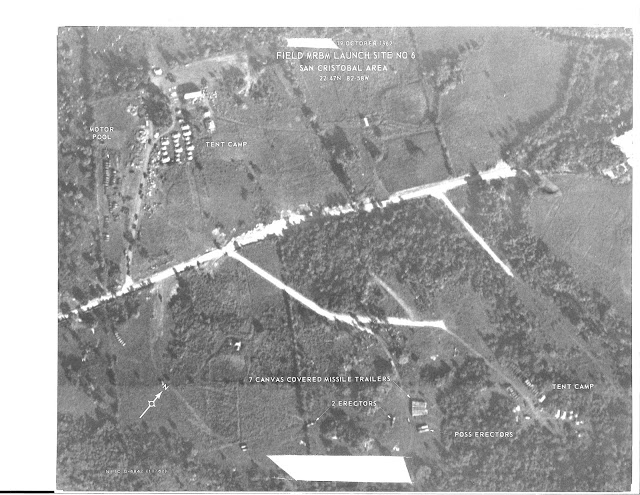