In a video announcing that he will explore running for the US Senate, Newark Mayor Cory Booker appeared with several books to his side.  His choice of books illustrates both the importance of religion in American politics, as well as its increasing pluralism. The books are: 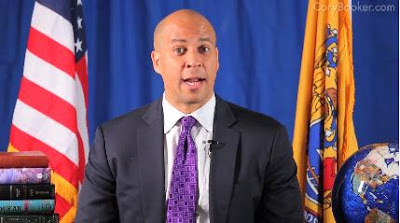