Prayer and combat have always gone together.   (See, for instance, 1 Kings 8:44.)  At The Los Angeles Times, David S. Cloud begins an article on the war in Afghanistan with a description of a prayer:


Fifteen U.S. soldiers huddle in a circle. A blue Toyota packed with explosives has been reported somewhere in the city. The troops bow their heads and clasp hands.

"Dear Lord, protect us and protect those entrusted to us as we help the Afghans protect themselves," says Lt. Col. Patrick Michaelis, their gangly 41-year-old commander.

Every trip outside the wire begins the same way: a quick check of the latest intelligence, then the prayer, which never varies. When Michaelis forgets, someone stops him: Sir, the prayer.

In America's longest war after a dozen years, a yearning for peace comes wrapped in a prayer for survival. Both are unfulfilled, incomplete. 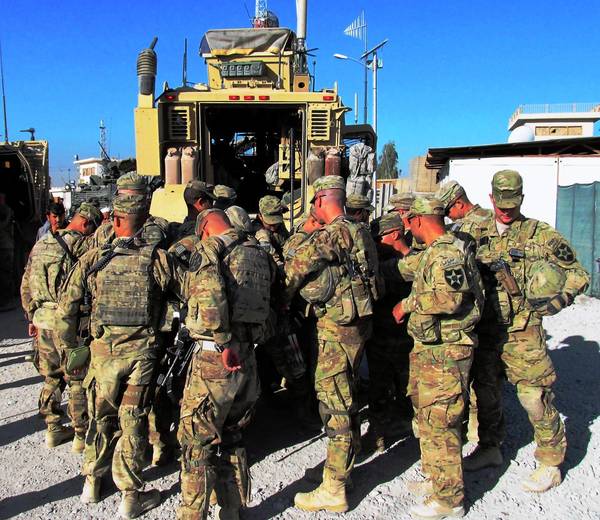