CBS reports that Secretary of State John Kerry -- contrary to earlier denials -- has been boating during the  Egypt crisis:

On Twitter, the president seemed to be making fun of the controversy with a 2010 photo of himself: 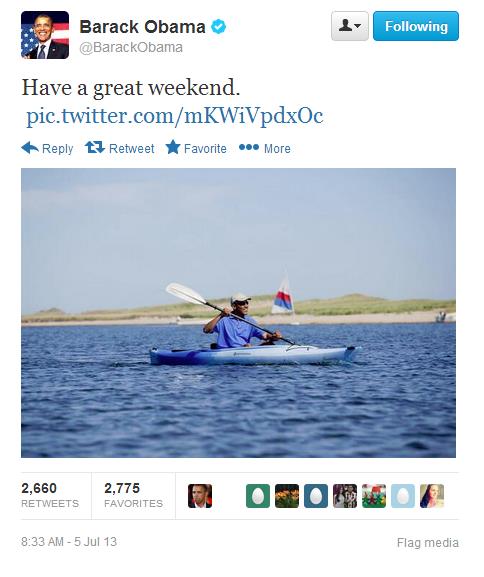 The president and Kerry are both making serious PR mistakes.  If the Egypt crisis turns into civil war -- and particularly if Americans come into harm's way -- these images will make them look foolish and detached, much  this photo did to President Bush during  Hurricane Katrina: