The latest national survey by the Pew Research Center, conducted Dec. 3-8 among 2,001 adults, finds majorities say it is more important to maintain spending on Social Security and Medicare and programs to help the poor than to take steps to reduce the budget deficit. Nearly seven-in-ten (69%) say it is more important to maintain current Social Security and Medicare benefits than to reduce the deficit, while 59% prioritize keeping current levels of spending for programs that help the poor and needy over deficit reduction.

The trouble is that Social Security and health care each accounts for more federal spending than the military.  As a share of GDP, military spending is already on the decline while the first two categories will keep increasing.  From CBO: 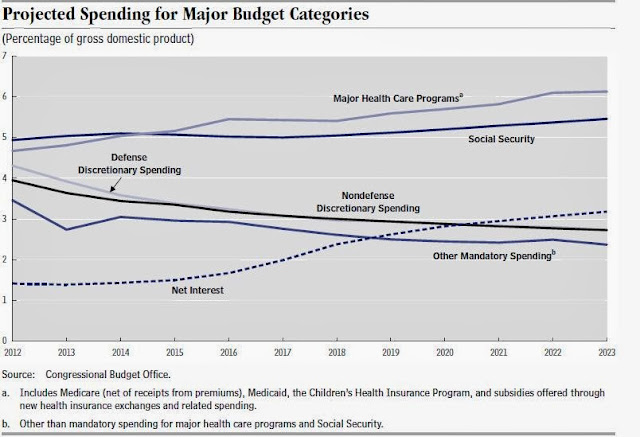