The Federal Reserve Board’s triennial Survey of Consumer Finances (SCF) shows disparities in the evolution of income and net worth since 2010.  From the report: 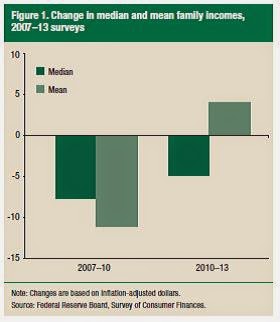