Commitment to representative democracy is strongest in North America and Europe. A median of 37% across the 10 European Union nations polled, as well as 40% in the United States and 44% in Canada, support democracy while rejecting nondemocratic forms of government. Australia is the only country outside of North America and Europe where at least four-in-ten are categorized as committed democrats.

Sweden (52%) shows the strongest level of commitment of all countries surveyed, with roughly half holding this view. By contrast, Russia (7%) has the lowest percentage of committed democrats. 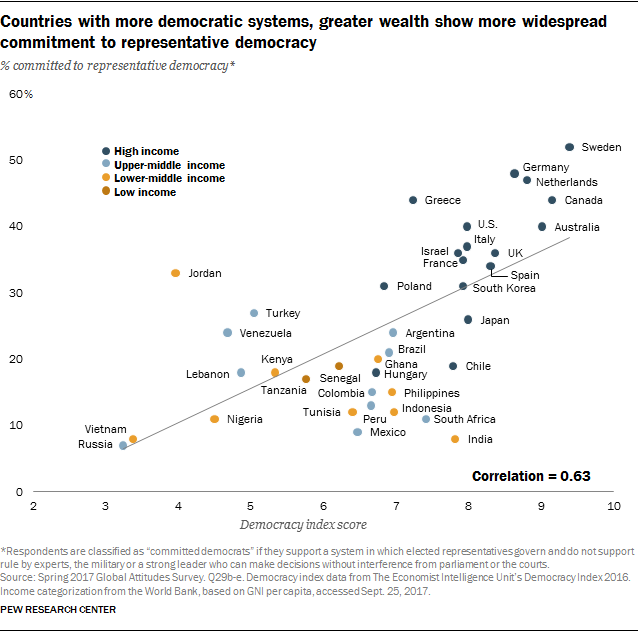