The possibility of war with Iran raises the question of the distribution of sacrifice.  CRS reports that some parts of the United States have much higher rates of military enlistment than others:


Data suggest that there are imbalances in the geographical distribution of recruits. The South contributes more new recruits per capita than any other region of the United States. Roughly 44% of new recruits in FY2015 came from the South, while 13% were from the Northeast Region (see Figure 7).275 Some of this disparity may be due to a higher concentration of large military installations and, thus, greater exposure to the military in the South. While every Member of Congress is likely to have servicemembers and veterans in his or her district, some may have a greater concentration of military-connected constituents. Thus, legislative priorities related to defense manpower, pay, and benefits can also vary depending on the size of local constituencies.ira 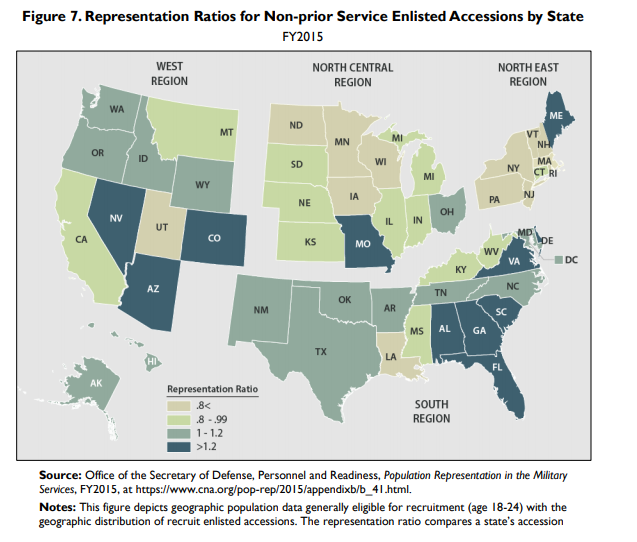