Derick Moore,Gerson Vasquez and Ryan Dolan at the US Census:

And when it comes to U.S. presidents, including current President Joe Biden, exactly half (23) trace some of their roots to Ireland.

Not surprisingly, the most Irish states are in New England and are geographically connected.
...

Of the 10 counties with the largest population of Irish ancestry in the United States, Los Angeles County — the nation’s largest — has the smallest (3.6%). 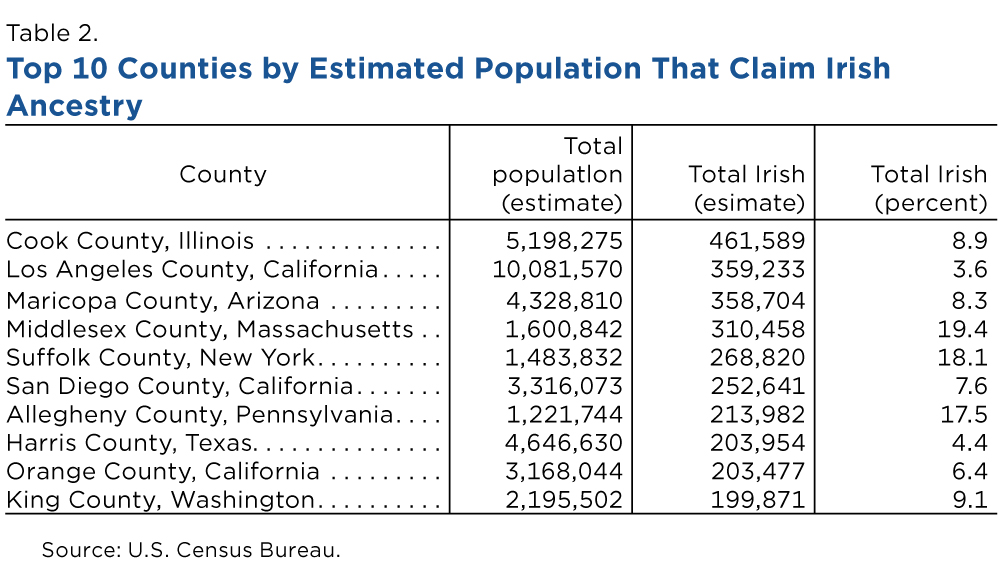 Two counties in Montana are small but very Irish: Silver Bow County at 28.4% and Deer Lodge County at 25.4%. 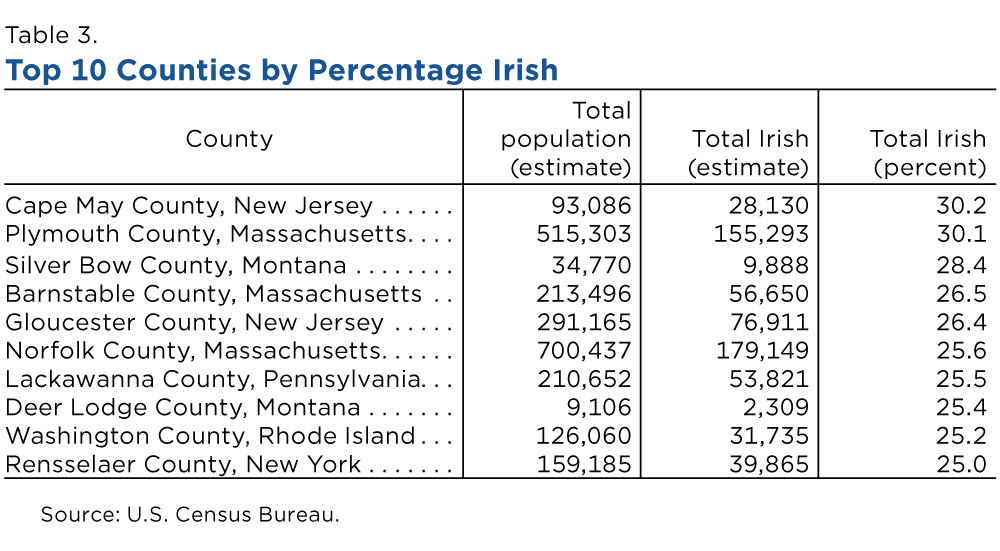 Derick Moore is a senior communications specialist at the Census Bureau.

Gerson Vasquez and Ryan Dolan are data visualization leads at the Census Bureau.