The Supreme Court has ended constitutional protections for abortion, and 13 states already have laws that ban abortion in the event of Roe v. Wade being overturned. Another half-dozen states have near-total bans or prohibitions after 6 weeks of pregnancy. https://t.co/VTLTK7zLWk pic.twitter.com/fwMM2CEOzB

A Gallup poll conducted mostly after the draft of a Supreme Court decision addressing abortion rights was leaked finds a marked shift in public attitudes over the past year. After a decade in which Americans' identification as "pro-choice" varied narrowly between 45% and 50%, the percentage has jumped six points to 55% in the latest poll, compared with the prior measure a year ago.

Pro-choice sentiment is now the highest Gallup has measured since 1995 when it was 56% -- the only other time it has been at the current level or higher -- while the 39% identifying as "pro-life" is the lowest since 1996. 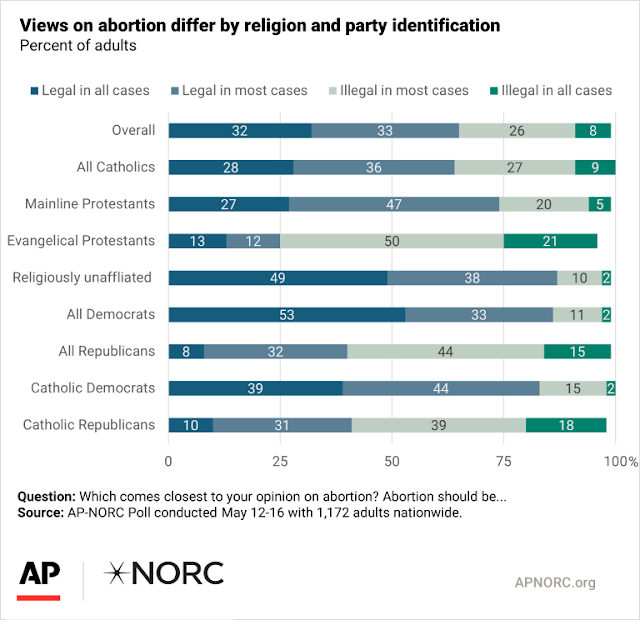