In case of a close division of the popular vote, there is a remote but real possibility of a tie in the electoral college.  Below are four ways in which it could plausibly happen.  Note that the first and third scenarios involve a split in Maine or Nebraska.  Unlike the other states, these two use the district system whereby the winner in each congressional district gets an electoral vote for that district and the statewide winner gets the state's remaining two electoral votes.

When no candidate gets a majority in the electoral college, the presidential election goes to the House, which  votes by state delegations.  Each state has one vote, and if a state ties, its vote does not count.  In the 112th Congress, Republicans control 33 state delegations to the Democrats' 16 (Minnesota is split 4-4).  But the choice to the House of the 113th Congress, which will result from this year's election and take office in January.  At this point, it seems likely that Republicans will maintain control, though with fewer seats.

The selection of the vice president belongs to the Senate, which votes by individual.  Democrats currently have a 53-47 majority (with independents Joe Lieberman of Connecticut and Bernie Sanders of Vermont counting as Democrats).  If Democrats retain their majority, it is possible that the House could choose Mitt Romney for president while the Senate retains Joe Biden as vice president.

Suppose that the Senate is split 50-50.  In that case, Democrats would argue that Biden -- who would still be vice president until January 20 -- should be able to cast the tie-breaking vote for himself.  At that point, Senate Republicans might boycott the proceedings, depriving the body of the necessary quorum to do business. 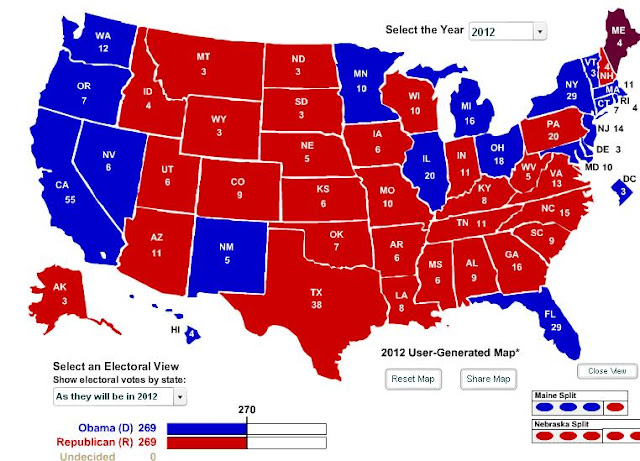 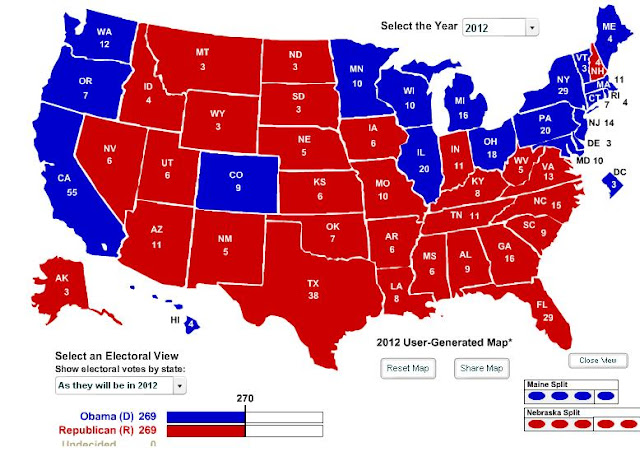 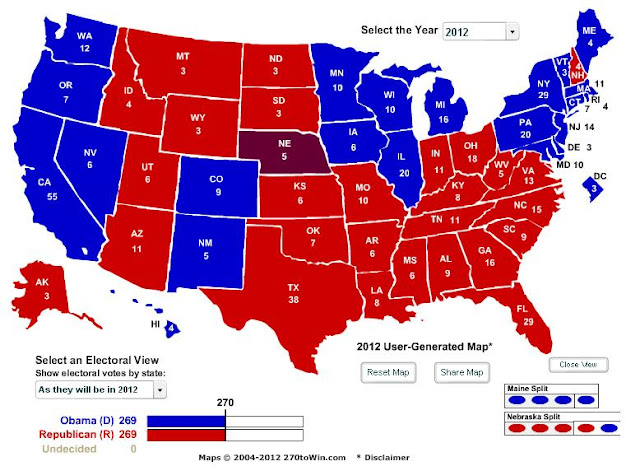 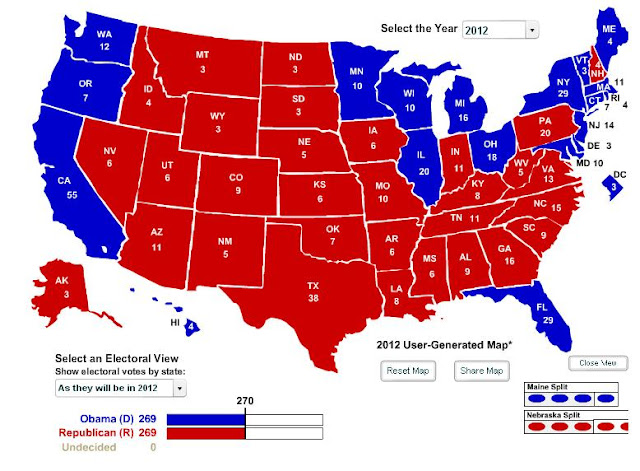