The Archdiocese for the Military Services (AMS) issued a statement on the inclusion of “Catholicism” as an example of “religious extremism” on slide #24 of this U.S. Army Reserve training brief: 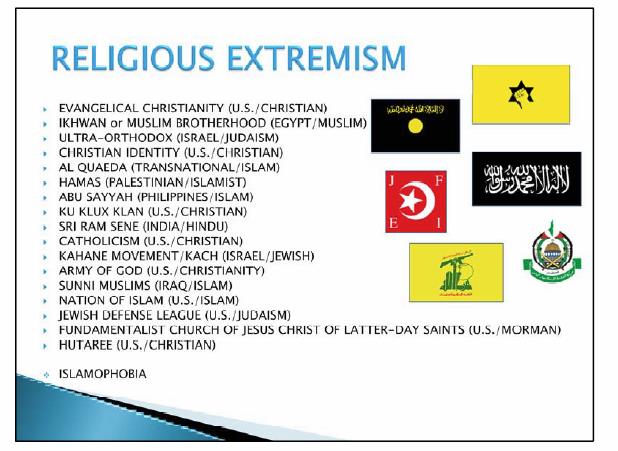 The Archdiocese for the Military Services and Chaplain Alliance for Religious Liberty recently became aware of a U.S. Army Reserve Equal Opportunity training brief that expressly listed “Catholicism,” “Evangelical Christianity” and other religious groups as examples of “religious extremism” alongside groups such as “Al Qaeda”, “Hamas” and the “KKK.”

The Archdiocese is astounded that Catholics were listed alongside groups that are, by their very mission and nature, violent and extremist.

According to an investigation and reply from the Army Chief of Chaplains office, the training in question appears to have been an isolated incident not condoned by the Department of the Army. The Archdiocese and the Chaplain Alliance explained that the Army can and should take steps to prevent such incidents in the future.

The Archdiocese calls upon the Department of Defense to review these materials and to ensure that tax-payer funds are never again used to present blatantly anti-religious material to the men and women in uniform.