The recent suggestion by President Trump that he might take action to “defund” California’s federal subsidies over a showdown on immigration made national headlines. But it was what he said next that raised the more important question of the financial relationship between state and nation.

"We give tremendous amounts of money to California,” Trump said in an interview with Fox News host Bill O’Reilly that aired before the Super Bowl.

What the president didn’t say: California gives a lot to the rest of America, too. 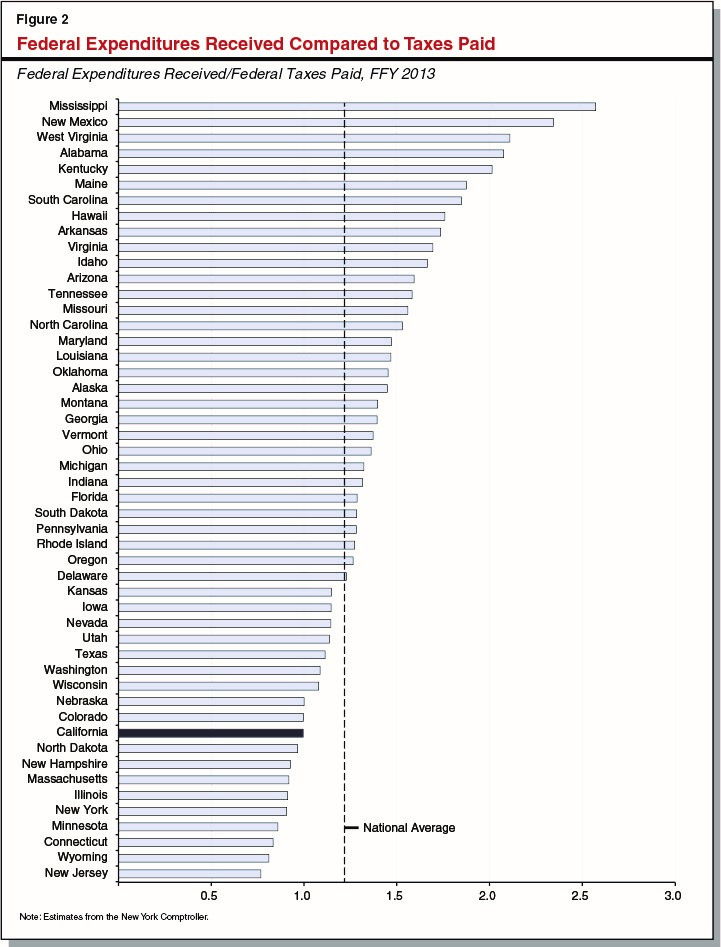