Paid Parental Leave: US as Outlier

The United States has the world's highest share of children living in single-parent families.  It has another distinction, too.  From OECD: 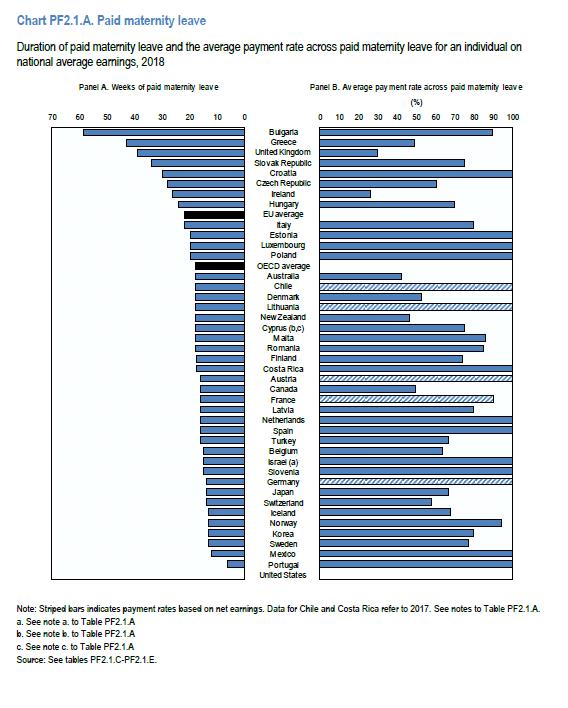