From the Public Religion Research Institute:

Majorities of almost every major religious group oppose religiously based service refusals, including 82% of Unitarian Universalists, 80% of religiously unaffiliated Americans, 79% of other Catholics of color, 78% of members of other religions, 77% of Muslims, 76% of Jewish Americans, 75% of Buddhists, 75% of Hindus, 74% of Hispanic Catholics, 71% of Black Protestants, 66% of Hispanic Protestants, 65% of white Catholics, 63% of white mainline Protestants, and 58% of other Protestants of color. Less than half of Jehovah’s Witnesses (49%), Latter-Day Saints (44%), Orthodox Christians (43%), and white evangelical Protestants (38%) oppose religiously based service refusals.[12] 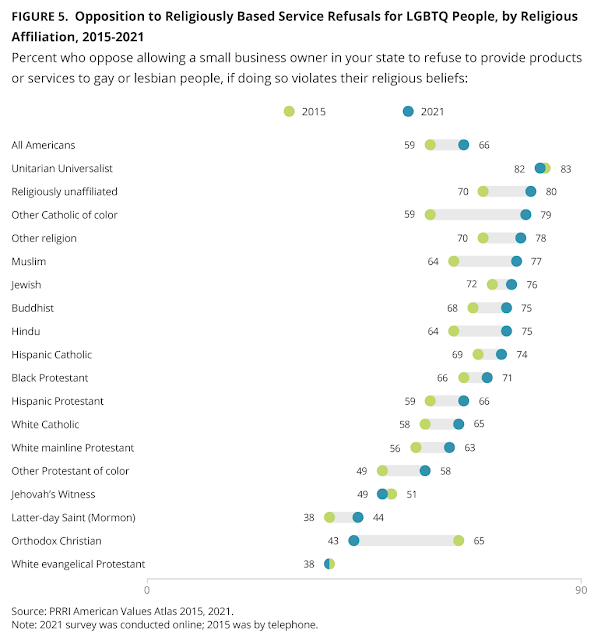