Many posts have discussed data on marriage, family, education, and inequality.

Tayelor Valerio at the Census:

The average age of U.S. women who gave birth for the first time was 26.9 in 2018, but many became parents much earlier: There were 1.8 million biological parents ages 15-22 and roughly half were living with a spouse or unmarried partner, according to the Census Bureau’s 2018 Survey of Income and Program Participation (SIPP). 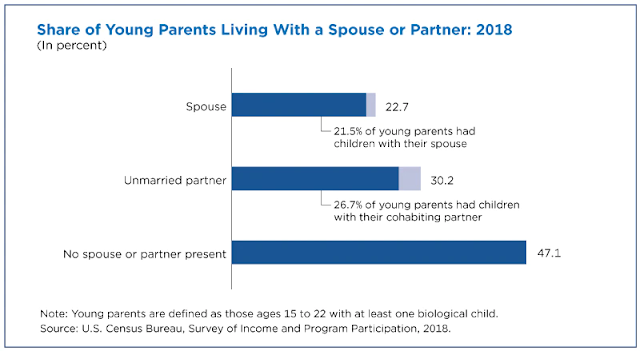 From the National Center for Education Statistics: 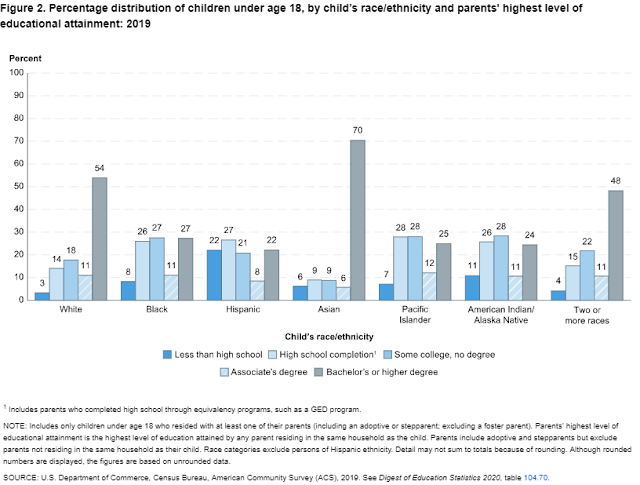